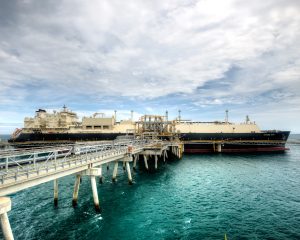 JUST over one year after the start of export operations from the PNG LNG project, ExxonMobil PNG has announced the export of the hundredth cargo to set sail from the nation. Transported by LNG carrier Methane Spirit, the cargo is bound for Japan for Tokyo Electric Power Company (Tepco), the same customer which received the first cargo in May 2014. Built in 2008, the Methane Spirit is 286 metres long, 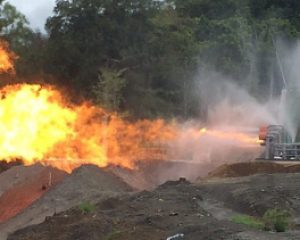 PROMISING appraisal works from the Antelope 5 well have helped to underpin the Elk-Antelope project as a multi-train LNG project, project partner InterOil has said in its first quarter profit announcement. InterOil chief executive Michael Hession said Antelope 5 had a 680 metre gross gas column and appeared to have better reservoir quality than initially thought. “Drilling results from Antelope 5 identify this well as having the best reservoir thickness,

HORIZON Energy is embarking on a “value engineering review process” following a recent fall in oil prices and costs, the group has said in its half year report. Speaking after the release of the results, Horizon chief executive Brent Emmett said the company would focus on keeping its capital costs low in 2015-2016. “We and our partners have reduced our capital expenditure quite significantly, and so really with a combination 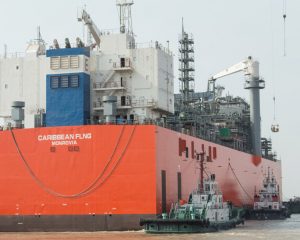 Kina looks to aggregation for Pandora

A PARTNER in the Pandora reef gas discoveries off the coast of Papua New Guinea says it is likely gas from the field will be combined with that of other discoveries. In its quarterly statement, Kina Petroleum said there were three development options for the Pandora field – with aggregation with other offshore discoveries and recent onshore discoveries in the Gulf Province chief among them. “KPL views this as an

KINA Petroleum plans to remain a “lean and efficient operator” of its oil and gas projects in 2015 in light of weak oil prices. “Kina accepts the prevailing consensus that the oil price will remain relatively low in 2015 but will build again through 2016-2017,” the company said in a quarterly report released in January. “Kina is addressing its development and exploration opportunities in view of this pricing scenario and

EXXONMOBIL PNG will provide gas from the PNG LNG project for electricity generation in Port Moresby under a memorandum of understanding (MOU) which will also see a petroleum development licence issued for PRL 3. Under a timeline established in the MOU, signed with the Papua New Guinean government, a final investment decision on a third LNG train is to be taken by the end of the 2017 calendar year at 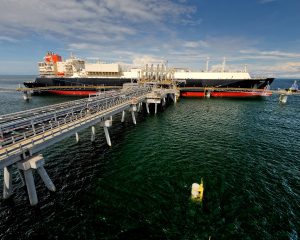 THE FIRST liquefied natural gas carrier custom-built for the Papua New Guinea LNG project fleet arrived at the project’s marine facilities on 22 February, in preparation for the first LNG cargo from the project. Built by China’s Hudong-Zhonghua Shipping Group at its Hudong Shipyard, the vessel, known as the Papua, is the largest of its type ever built in China. The 290 metre vessel, which can carry about 172,000 cubic 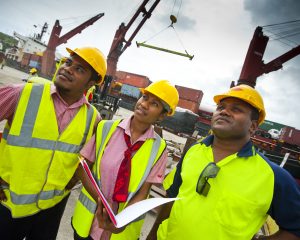 PNG looks to Asia as a financial hub

By Jason Kaut PAPUA New Guinea is a ‘multispeed economy’ underpinned by a thriving natural resources sector. This was the description given by Westpac Bank PNG’s General Manager Geoff Toone when asked about the bank’s focus on the resources sector for 2015 and beyond in PNG. “Westpac PNG is focused on increasing its participation in PNG’s natural resources sector, Mr Toone said. PNG’s geographical proximity to Asia, its abundance of

Santos production at seven-year high on back of PNG LNG

OIL SEARCH has celebrated a huge uplift in production on the back of the full first full quarter of contributions from the PNG LNG project, with the company lifting output by 81 per cent and netting its highest-ever revenue for the quarter. Oil Search’s total oil and gas production in the September quarter was 6.67 million barrels of oil equivalent (mmboe) – an all-time high for the company and nearly