Kingston Resources Limited appears to be on target to bring the historic Misima mine back into production with of promising results from the latest definition drilling campaign at the Ewatinona deposit. Managing Director, Andrew Corbett, says the Phase 2 Resource programme at Ewatinona, part of the Quartz Mountain region at the 2.8Moz Misima Gold Project, is off to a strong start, with encouraging high-grade results delivered from the first three drill holes. New gold intersections from dr... 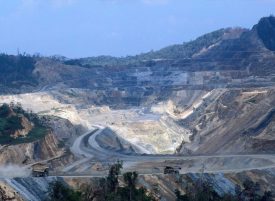 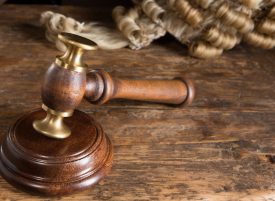 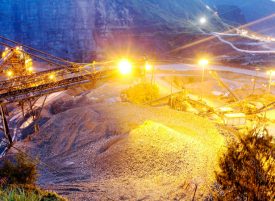 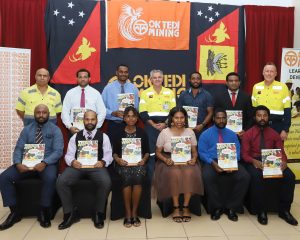 TWENTY-six young Papua New Guineans were the proud recipients of certificates after graduating at the 35th Combined OTML Graduation Ceremony held in Tabubil recently. The graduands from the three different training schemes; Graduate Development, Apprenticeship Training and the Preferred Area Development Training (PAD) – Business Studies have now completed their 2 to 4 years traineeship with the company. “Ok Tedi takes very seriously our commitment to the development of young 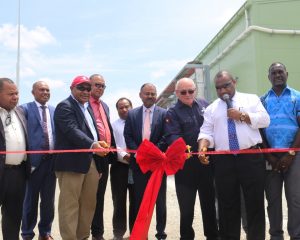 PNG Prime Minister James Marape and a string of high-powered PNG dignitaries were on hand to cut the ribbon to mark the launch of the NiuPower Gas Plant near Port Moresby. The PM was joined by Oil Search managing director, Peter Botten and Kumul Petroleum Holdings managing director, Wapu Sonk for the ribbon cutting ceremony. NiuPower is a joint venture by Oil Search Limited and Kumul Petroleum Holdings. NiuPower is 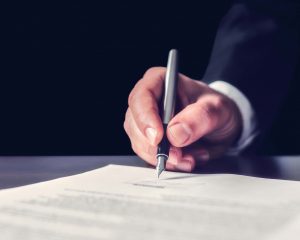 PNGX Markets Limited (PNGX), Papua New Guinea’s national stock exchange and the South Pacific Stock Exchange (SPX) have signed a Memorandum of Understanding (MoU) to co-operate on the development of their capital markets. The milestone signing of the MoU was undertaken in a ceremony in Suva by PNGX chairperson, David Lawrence and SPX chairperson, Dr Nur Bano Ali. Mr Lawrence said the opportunities for harmonisation presented by PNGX and SPX 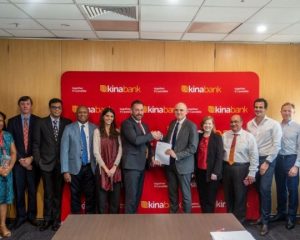 THE Asian Development Bank (ADB) has made a US$10 million equity investment into Kina Securities Limited (KSL), a fast-growing financial services company in Papua New Guinea. The investment will help to increase the availability of sustainable financial services and support inclusive growth in the Pacific island country. KSL is one of four banks operating in PNG, where an estimated 70% of the population does not have a formal bank account. 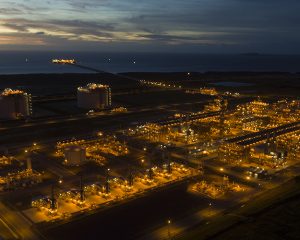 THE world-class PNG LNG Plant has recorded another significant safety milestone, reaching over 17-million hours worked without a Lost Time Injury (LTI). On 15 August, the plant achieved six-years of operations without any serious injury that prevents a person from returning to work. Alyssa Warner, PNG LNG Plant Asset Manager, said this significant milestone reflects the performance of our world-class workforce and business partners. “Six-years without an LTI is an 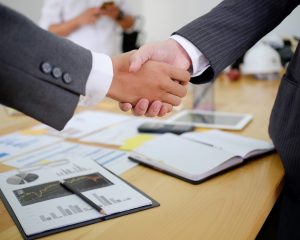 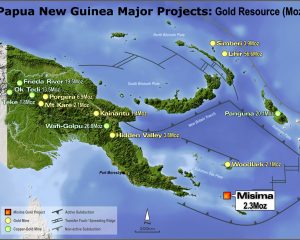 Kingston Resources Limited has reported that it now holds approximately 75% of the historic Misima Gold Mine in Milne Bay Province. The company said that following the August 2018 completion of its earn-in to 70% of the project, Kingston has funded 100% of the exploration activity at Misima. Under the terms of the JV agreement, this will see Kingston’s interest in the project increase further to what it now estimates 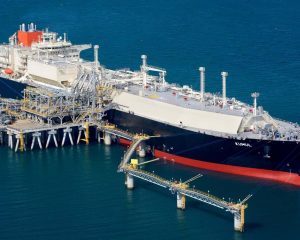 PNG’S leading petroleum company Oil Search Ltd reports that the PNG LNG Project co-venturers have entered into a mid-term LNG sale and purchase agreement (SPA) with Unipec Singapore Pte Ltd. The deal is for the supply of approximately 0.45 million tonnes per annum (MTPA) of LNG over a four-year period commencing in April 2019, taking the total contracted volumes from the Project to approximately 7.9 MTPA. “The SPA with Unipec, 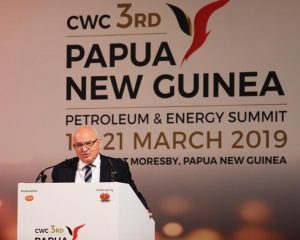 PNG is on the threshold of substantial new investment that could double its LNG production in the coming years, according to the country’s leading petroleum company. Oil Search managing director, Peter Botten, made this forecast whilst advocating major new infrastructure must be developed in a responsible and sustainable way. Speaking at the PNG Petroleum and Energy Summit in Port Moresby, Mr Botten said the global LNG market is highly competitive 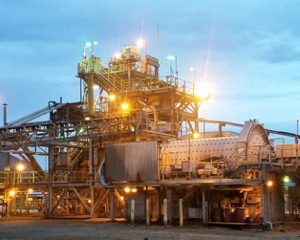 ANOTHER important milestone in PNG’s colourful mining history has been achieved with Canada’s K92 Mining Inc. giving the go-ahead to significantly expand production at the historic Kainantu gold mine. The expansion will double current capacity at Kainantu to 400,000 tonnes per annum, increasing annual production to an average of 120,000 ounces of gold equivalent. Based on a recently completed preliminary economic assessment (PEA) for Kainantu, the major outcomes resulting from the

Sign up to get the latest updates, industry news and special offers delivered directly to your inbox.