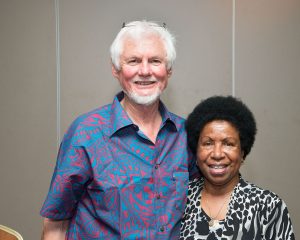 The PNG Chamber of Mines and Petroleum has congratulated its founding Executive Director Greg Anderson on his recognition in this year’s Queen’s Birthday Honours. Chamber President Mr Gerea Aopi CBE said Mr Anderson’s recognition as a Officer of the British Empire (OBE) is fitting for someone who has devoted almost his entire life to Papua New Guinea’s development through his many contributions in the mineral and petroleum sectors. “Greg’s illustrious 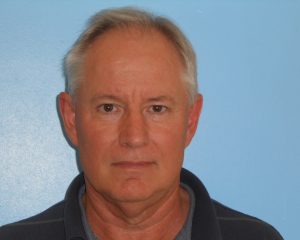 ACTIVE PNG miner and explorer K92 Mining Inc. has appointed the highly experienced John Lewins as chief executive officer. Mr Lewins is a Mineral Engineer with over 35 years of international leadership experience in the mining industry. He has held senior positions with companies operating in Africa, Australia, Asia, North America and the former Soviet Union. He has successfully led the start-up of multiple mines from study through to full 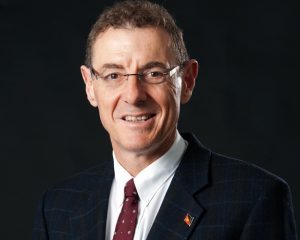 Robinson returns to Kumul to head up Energy business

PNG’S National Oil and Gas Company, Kumul Petroleum Holdings Limited (KPHL) has appointed Richard Robinson to head its new Energy Business Subsidiary. Mr Robinson will be heading Kumul Energy Company (which is a 100% Subsidiary of KPHL). In his capacity as the head, he will be seconded to also head the new entity Oil search and KPHL have created on a 50/50 basis, which will own and build the POM

SUBSEA mining proponent Nautilus Minerals Inc. has accepted the resignation of Cynthia Thomas from its Board. Ms Thomas joined the Board of Nautilus in June 2010. “Cynthia has made a valuable contribution during her six and a half years on the Nautilus Board of Directors,” Nautilus’ chairman Russell Debney said. “The Board has benefited from Cynthia’s significant banking and mine finance experience and leadership. We would like to thank her

BARRICK Gold Corporation has appointed Pablo Marcet to its Board of Directors. Mr. Marcet is a seasoned mining professional with nearly 30 years of experience in the exploration, development, and operation of mines across Latin America. During his career, Mr. Marcet has held senior management positions in geology, mining operations, and business development, including 15 years at BHP Billiton. He also served as president of Northern Orion Resources’ South American

PNG minerals explorer Siburan Resources Limited has appointd Larry Feng Yi LI as a non-executive director. Mr Yi LI graduated from the University of Wollongong with a degree in Accounting and Finance. He has 10 years of accounting and audit experience having worked with Ernst & Young, Shanghai where he was involved in the financial audit of several State-Owned Enterprises (SOEs) such as China South Railway now called CRRC Corporation

KPMG has appointed Zanie Theron as managing partner in PNG. KPMG has been operating in PNG for over 50 years and is one of the largest professional services firms in the country. Ms Theron has been in PNG since January 2006 and joined KPMG in July 2016. She is a chartered accountant that specialises in external audit services although she has also been very active in the fields of advisory

WOODLARK Island gold explorer Geopacific Resources Limited has appointed Philippa Leggat to the position of Executive Director Corporate. Ms Leggat has been advising Geopacific since May 2015. She played an integral role in structuring and negotiating the innovative and flexible deal structure for the earn-in Joint Venture of the Woodlark Gold Project with Kula Gold Limited. This project has the potential to rapidly move Geopacific into a significant gold production 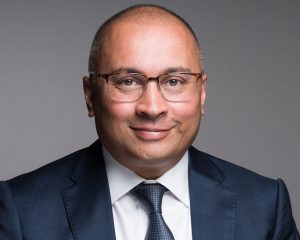 HELICOPTER transport specialist CHC Group has appointed Vincent D’Rozario as Regional director, Asia Pacific. Mr D’Rozario will report to the president and CEO of CHC Group, Karl Fessenden, and will join the Global CHC Senior Leadership Team. Mr D’Rozario joins CHC from Jacobs Engineering where he most recently served as vice president -Asia since 2013, procuring and leading projects across the region in support of Shell, BP, Exxon Mobil and

NEW Zealand’s Foreign Minister Murray McCully has announced the appointment of Sue Mackwell as High Commissioner in Papua New Guinea. “New Zealand and Papua New Guinea enjoy a strong relationship, and we work closely together in the areas of sustainable economic development, agriculture, and renewable energy,” Mr McCully says. “Papua New Guinea is New Zealand’s second-largest trading partner in the Pacific.  It has an abundance of natural resources, and we